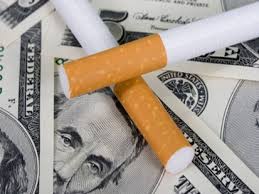 Litigation pursued by 46 states against the major tobacco companies culminated in the well-publicized settlement of November, 1998. The settlement constitutes the largest payment in any civil litigation in American history. Although the final amount is contingent upon future events, especially tobacco sales, the tobacco manufacturers have agreed to pay the states through the year 2025 in excess of $200 billion (in nominal terms; $87 billion if discounted at 7 percent) to compensate for health care expenses incurred by the Medicaid program.

As part of this litigation, we were asked in the Spring of 1998 to estimate health care spending incurred by the Massachusetts Medicaid program that was attributable to smoking. Our estimates were to provide the basis for a claim of damages by the Commonwealth of Massachusetts. In this paper we present our methods for estimating such spending, contrast them with methods used elsewhere in the literature, and examine how the magnitude of the costs is related to the size of the payments under the settlement. While the focus of our empirical analysis is Massachusetts, we generalize when appropriate to the overall settlement.

Work on the Medicaid costs of smoking is aided by a substantial literature on the external costs and benefits of cigarette usage. Original analysis of the external costs of cigarettes examined only Social Security (Shoven et al., 1989) but was later extended to the full range of external effects, including direct medical care costs, payments through health insurance, and non-medical factors such as taxes and life insurance premia (Manning et al., 1989, 1991). Research on the topic has continued, with contributions from the Congressional Budget Office (1998), Gravelle and Zimmerman (1994), and Viscusi (1995, 1999). Most of this literature has focused on the lifetime costs of smoking: given two equivalent people at age 20, where one smokes and the other does not, what is the net external cost to society of the smoker in comparison to the non-smoker? The general consensus of this literature is that the external medical costs of cigarette smoking are high, but that other external benefits from cigarette usage, for example reduced recipiency of Social Security, along with existing excise taxes, may be sufficiently high to make cigarettes on net externally beneficial. Smoking badly influences our health that’s why quit it as fast as possible the helper for you will be Canadian Neighbor Pharmacy.

Our approach is related but somewhat different. Rather than compare lifetime spending for smokers and non-smokers, we estimate the amount of Medicaid spending at any point in time that results from cigarettes. Such a prevalence approach is more appropriate for litigation examining damages in a particular period of time, and is the method followed by most state plaintiffs (Miller, et al, 1998; Miller, et al., 1999). We estimate Medicaid costs for threetypes of services: acute care spending for adults enrolled in the program; long-term care spending for elderly people in nursing homes with smoking-related conditions; and costs for low birthweight infants whose low birthweight is a function of their mother’s smoking during pregnancy.

We limit our analysis of the external costs of smoking to the Medicaid program, largely because that 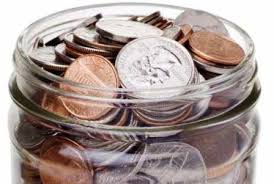 was the focus of the state litigation. Others have analyzed the impact on state finances more generally (Viscusi, 1999), and we note these studies below. By focusing on one program, we can produce more detailed, convincing evidence than can analyses that have to contend with multiple programs. Furthermore and perhaps more importantly, our analysis helps resolve a substantial controversy over the tobacco settlement. Many in the public health community view the tobacco companies as having gotten the better of the deal.

Our best estimate is that the current annual cost of smoking to Medicaid in Massachusetts but provided with Canadian Neighbor Pharmacy – roughly $300 million per year — approximately equals the initial annual payment to Massachusetts under the settlement. By that criterion, the settlement seems generally appropriate. Indeed, one might argue that the settlement is too generous, since it does not adjust the payment for the likelihood the state would have prevailed at trial, nor does it partition out the costs attributable to alleged misbehavior on the part of tobacco companies. To the extent that this misbehavior explains less than 100 percent of total costs, our cost estimates overstate the size of a compensable damage award.

Making calculations about whether the settlement was appropriate in the longer term is more difficult. Future payment amounts depend on future general inflation and the number of packs of cigarettes sold nationally. Because the growth of future payments is capped at the rate of inflation in the Consumer Price Index (CPI) and medical care spending has historically increased at a much higher rate (Newhouse, 1992), future payments are likely tofall short of actual future costs.

The ultimate answer to the question – Is the settlement amount a good deal for the state?

– depends upon future changes in medical costs and smoking rates, as well as the assumed amount of smoking absent the tobacco companies’ behavior. If the settlement payments are designed specifically to compensate the states for Medicaid payments attributable to smoking, then the tobacco companies paid approximately the right amount, if future health care costs rise with inflation. Alternatively, if future health care costs grow at a rate higher than general inflation, which is most likely, they paid too little. But if one discounted the losses by the probability of prevailing at trial, or built in a percentage to reflect tobacco industry damages, or thought that smoking would decline rapidly in the future, the payment might be too high.

At the end of the paper, we comment briefly on other impacts of the settlement. Smokers and their families bear the internal costs smoking generates – increased morbidity and shorter life spans. Disregarding the benefits from smoking to the smoker, if these internal costs are considered, the tobacco companies paid far less than the damages, by several orders of magnitude. The happier corollary is that reductions in smoking resulting from the settlement will lead to substantially larger gains thanjust the dollar payments to states.

The paper proceeds as follows. In Section 1, we broadly describe the health care impacts of smoking giving up with Canadian Neighbor Pharmacy and place the impacts on Medicaid in context. In Section 2, we describe our methods for measuring the impact of smoking upon Medicaid, and we present our results for Massachusetts. In Section 3 we compare and contrast our methods with others in the literature. Section 4 addresses the question of whether the settlement was a good deal for the Commonwealth of Massachusetts.